Connected at the Speed of 5G

Explore the possibilities of a smarter, more connected world

For many of us, our phones have practically become an extension of our own bodies, traveling with us wherever we go and serving as a lifeline that always keeps us connected. A recent study found that over 95% of adults in the U.S. had cellphones and 77% had smartphones. Among those under 30, that number increased to 94%. So why, exactly, are we so hooked?

Not so long ago, our phones revolutionized our lives when they let us call anywhere in the world – our child studying abroad in Europe; our cousin in Montana; our parents in Florida – wirelessly. And yet, today, that capability has been eclipsed as they have evolved to serve as our computers, entertainment, wallets, cameras, calendars and so much more. 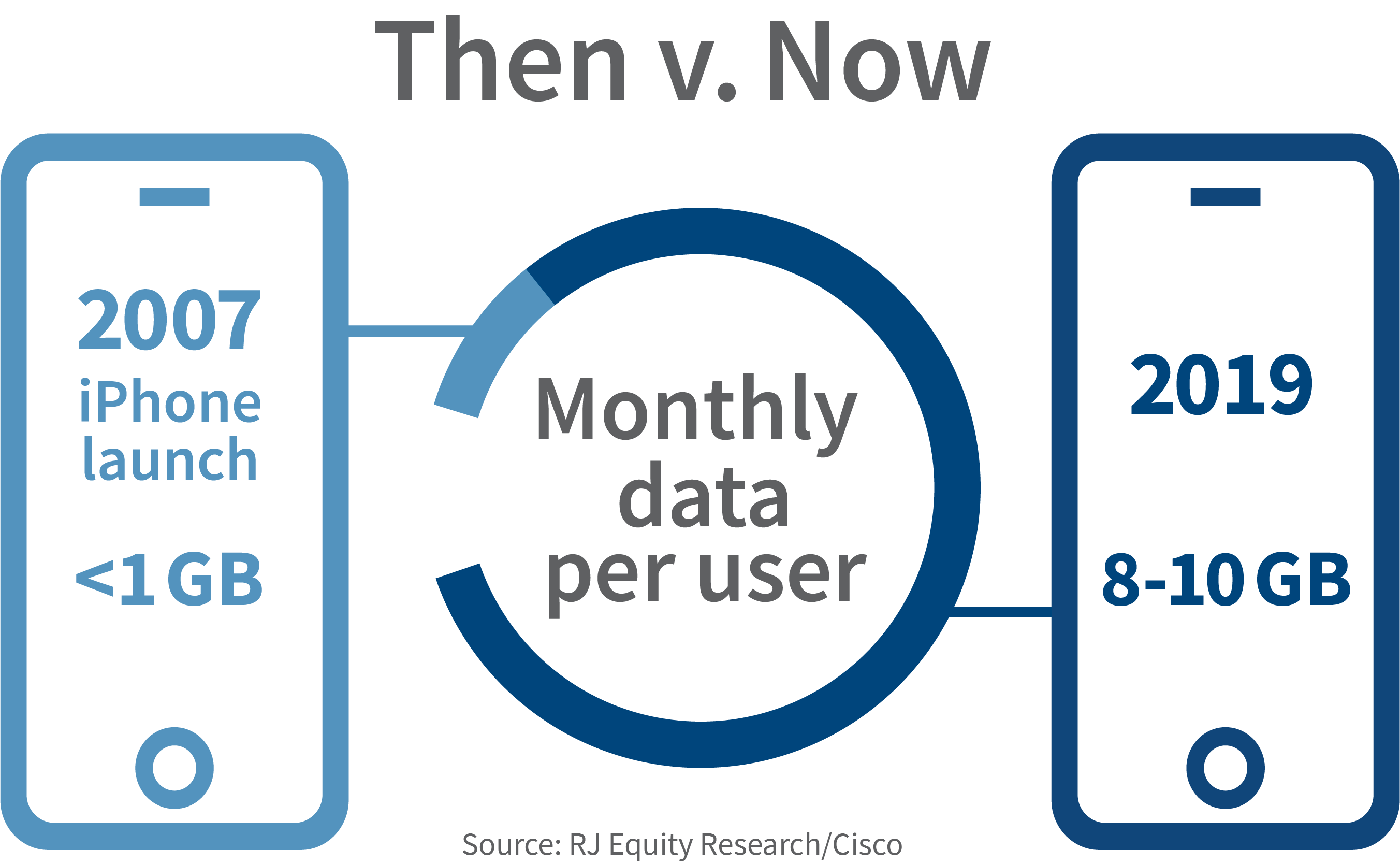 All of this has been made possible by innovations introduced in each generation of wireless technology. In fact, we can pretty much credit each generation we’ve seen thus far with enabling a specific capability.

To put it simply, 5G promises radically better and faster internet. Unlike with prior generations, it’s hard to pinpoint a specific capability to 5G, however some are saying we can expect service that’s as much as 200 times faster. It should mean a vastly improved user experience thanks to higher bandwidth, longer battery life for our devices and low latency, which refers to the time it takes data to reach the receiver.

This level of speed and efficiency could advance emerging technologies like artificial intelligence, virtual and augmented reality, 3D video and holographic imaging. Plus, it could help to scale autonomous vehicles, for which factors like latency are especially important. (After all, you definitely don’t want an internet delay in a driverless vehicle.)

We could also see new possibilities and usage in the world of remote services, such as in healthcare and banking. Think virtual medical consultations and remote bank tellers, allowing you to address your needs from wherever you are. Better internet service should lead to enhanced banking apps and make it even more convenient – and more secure – to use your mobile wallet. Considering 81% of financial institutions have made technology changes recently, more innovation in the coming years seems likely.

Beyond these developing technologies, 5G will help to power and streamline the myriad apps and devices we already have, also known as the Internet of Things (IoT). This growing network of devices has expanded far beyond the realm of phones and tablets to include everything from cars to home appliances to dog collars. The IoT exists today, but it’s predicted to include more than 75 billion devices by 2025 – and 5G could be crucial to powering them all.

Ready to experience 5G for yourself? You’re not alone. According to Raymond James Equity Research, a report by Ericsson predicts that 5G will become the fastest adopted wireless generation, reaching 1.5 billion subscriptions worldwide by 2024. However, the Equity Research team also points out that ubiquitous nationwide 5G coverage will require a massive investment of time and money to build out new infrastructure – including lots of antennas – and so is likely several years away.

Fortunately, that transition is well under way. Certain networks like Verizon and AT&T already offer 5G service in select areas, and much wider access will likely be available as soon as 2020. You can already buy a 5G-enabled Samsung, with iPhones to follow in 2020. While it will take some time for the full power of 5G to unfold, it seems likely that, as it does, we’ll be introduced to a whole new world of possibilities we have yet to envision.